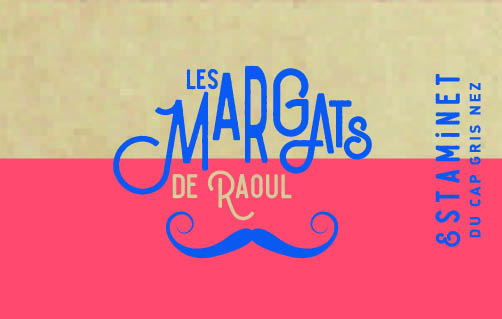 We all recognize Raoul de Godewarswelde, this illustrious bon vivant. This giant of Flanders with his fisherman's cap, his jacket, his sailor and his mustache in a hook like an old sea lion ... This photographer with hoarse voice has become a legendary figure of Ch'Nord! And behind his jutting cheekbones, his laughter, his sparkling eyes, Francis Delbarre amused himself (or played) with provocative impropriety.

We are farandole, we heckle arm in arm during family celebrations, carnival, in the estaminets; we sing the famous tunes such as P'tit Quinquin, Zizique à papa or even Perds pas l'Nord!

With the Capenoules (nice rogue in Picard) and Jean-Claude Darnal he immortalized Gris-Nez. His song When the Sea Rises evokes the estaminet at Léonce at the foot of Cap Gris-Nez and the loss of Marie "at high tide, alas with another ...".

Léonce did not follow Marie but he left. The tavern remained to him and it is here. He is now renamed Les Margats de Raoul because we are all children of Raoul. We claim this joker spirit, joyful and generous.

You want to contact us ?
Fill in the form below!